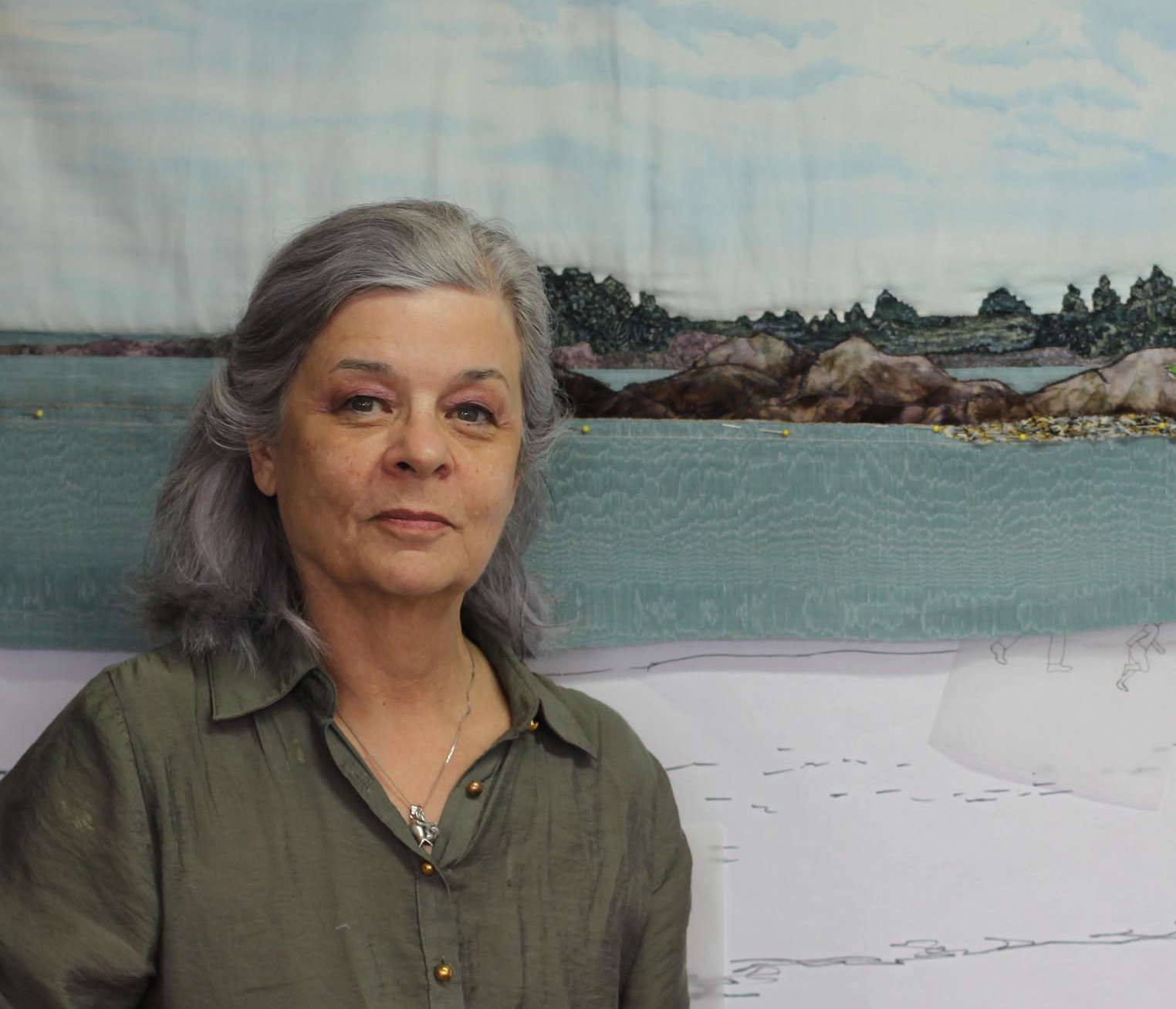 Laurie has worked as an artist for some 40 years, developing unique and innovative treatments to fashion her imagery in textiles with fabric and thread.

Laurie has written three books, two published internationally, on quilt art. The Joy of Quilting with an Introduction by Alex Colville, 1984, made her an early leader in the art quilt field. Laurie’s third book, Rags to Riches: The Quilt as Art with an introduction by Mary Pratt, was published in Canada in 2007.

Laurie is recognized as one of Canada’s best living artists.